Financial technology innovation has exploded in the popular consciousness, and promises a radical transformation of the global financial services industry. Over $20 billion is expected to be invested in fintech projects in 2016. How can executives, investors, and entrepreneurs make sense of the new inventions that are driving this change?

MIT Professor Alex “Sandy” Pentland, called by Forbes one of the seven most powerful data scientists on the planet, is joined by fintech intrapreneur and educator David Shrier in curating an exploration of several major trends and technologies that are changing the face of financial services. Coauthors include Deven Sharma, the former President of S&P, Oliver Goodenough, a global authority on emerging areas of law and policy, and Alex Lipton, the former head of quantitative analytics for Bank of America Merrill Lynch. From blockchain to artificial intelligence, this series of articles helps the reader grapple with this exciting area of technology innovation.

Buy it now on Amazon (paperback and Kindle) or at our CreateSpace eStore.

Buy it now on Amazon (paperback and Kindle) or at our CreateSpace eStore.

Professor Alex “Sandy” Pentland holds a triple appointment at the Massachusetts Institute of Technology in the Media Lab (SA+P), School of Engineering and School of Management. He also directs MIT’s Connection Science initiative, the Human Dynamics Laboratory and the MIT Media Lab Entrepreneurship Program, and has been a member of the Advisory Boards for Google, Nissan, Telefonica, Tencent, and a variety of start-up firms. For several years he co-led the World Economic Forum Big Data and Personal Data initiatives. He has pioneered the fields of wearable computing and computational social science, generating several successful startups and technology spinoffs. Sandy was recently named by the Secretary-General of the United Nations to the Independent Expert Advisory Group on the Data Revolution for Sustainable Development. Sandy has previously helped create and direct MIT’s Media Laboratory, the Media Lab Asia laboratories at the Indian Institutes of Technology, and Strong Hospital’s Center for Future Health. In 2012 Forbes named Sandy one of the “seven most powerful data scientists in the world”, along with the founders of Google and the CTO of the United States, and in 2013 he won the McKinsey Award from Harvard Business Review. Prof. Pentland’s books include Honest Signals and Social Physics. He was named to the National Academy of Engineering in 2014. Sandy holds a BGS from the University of Michigan and a Ph.D. from MIT.

(c) Visionary Future LLC.  All rights reserved.  Visionary Future is not affiliated with the Massachusetts Institute of Technology ("MIT") and this website does not represent the views or opinions of MIT. 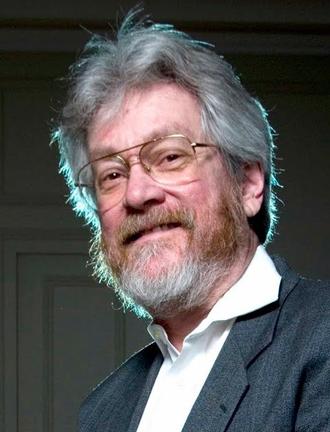 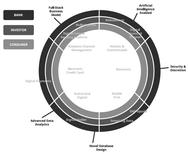 David Shrier is a seasoned innovation catalyst with expertise in data/analytics, fintech, digital identity, cybersecurity, and collaborative innovation.  David is the founder & CEO of Distilled Analytics, a data/machine learning fintech derived from MIT research that is transforming financial services through behavioral analytics.  He holds a dual appointment as an Associate Fellow with the University of Oxford, Said Business School, and Lecturer & Futurist at the Massachusetts Institute of Technology, where he previously was Managing Director, Connection Science and New Ventures Officer, MIT Sloan.  David counsels the Government of Dubai on blockchain and digital identity; informs Millennium Advisors, a middle market credit liquidity provider, about financial technology trends; and is a member of the FinTech Industry Commitee for FINRA, the securities industry's self-regulatory body.  David also serves as Vice Chairman of endor.coin; Chairman of Riff Learning; advisor to blockchain-based commodities exchange Cleer.digital.  He specializes in helping established organizations to build new revenue, having developed $8.5 billion of growth opportunities with C-suite executives for Dun & Bradstreet, Wolters Kluwer, Ernst & Young, GE, The Walt Disney Company, AOL Verizon, and Starwood, as well as leading private equity and VC funds.  David teaches courses and workshops for MIT such as "Future Commerce", “Data Academy”, “Big Data and Social Analytics”, and “Future Health”. David Shrier was granted an Sc.B. from Brown University in Biology and Theatre. ​ He and Professor Alex Pentland have published books including Frontiers of Financial Technology, Trust::Data, and New Solutions for Cybersecurity, and jointly edit the Connection Science imprint of MIT Press. 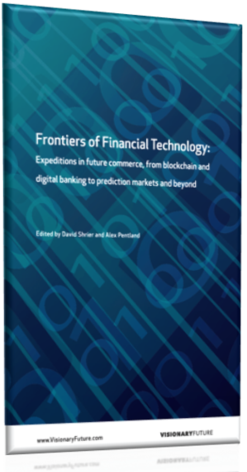 Expeditions in future commerce, from blockchain and digital banking to prediction markets and beyond 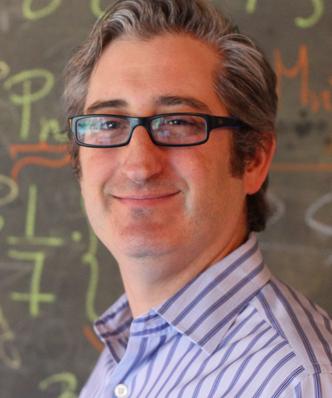 Blockchain: a wide-spanning look at the implications of blockchain technology across transactions, markets, data security, and more.

Mobile Money and Payments: what's happening now, what are the antecedents, and what does the future hold in payments and mobile money?

Prediction Markets: harness wisdom of the crowds to predict the future, with human-machine systems forging a new level of accuracy and reliability.

Digital Banking Manifesto: transcend the "lipstick on a pig" paradigm of fancy front-ends with old-line back office, into a new future of "invisible banking".

Policy and Regulation: get an inside look at how policymakers think about regulating fintech, and explore idea frameworks that could make for a more enlightened policy environment.